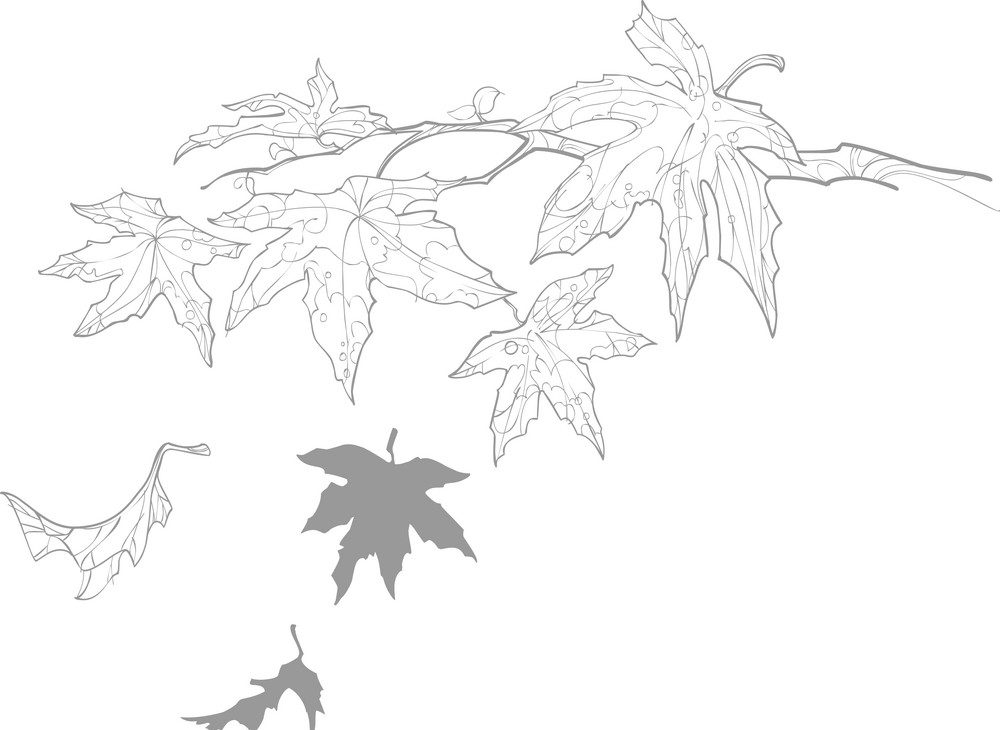 Last night, a murder took place in my back yard.

Someone, I believe it was Robert, murdered my baby Japanese Maple tree. He crept into my yard and cut its throat in a clean diagonal line and left its leafy head where it hit the ground. When I went out onto my back deck to feed the squirrels this morning, it was the first thing I saw. The feathery tangle of maroon leaves no longer held high but in the dirt. I ran over to it, saying, “Oh, no. Oh, no,” hoping the tree was merely bent, that the squirrels had been overly playful and it had caught on something.

But no. It had been cut, purposefully killed.

I fell to the ground, my butt on the scraggly crabgrass, my legs on either side of what remained of the trunk, and held the bushy head of the tree in my arms as I sobbed and said, “No, no, no,” over and over again. My mind scurried to make sense of it, to find a reason, to blame it on an animal, something with razor-sharp teeth that could, with one guillotine of a bite, sever this tiny tree in two.

So young, so fragile, with its delicate, spidery leaves edged in deep maroon, its branches nothing more than tendrils really. No thicker than thread.

I planted this baby tree when it was nothing but a stick stuck a golf ball-sized bag of dirt. For for the past 4 years I’ve been protecting it as it earnestly tried to grow up to be a big tree. To outgrow its need for the chicken-wire cylinder I wrap around it in winter so the weight of the snow won’t snap it in two.

I cradled the top of my baby tree in my arms and carried it into the house, my mind stunned in disbelief, my body shaky and in shock. How can this be? How is it possible to have this tree, that was just yesterday dancing next to the sycamores, in my arms? As light as nothing, its starfish leaves still so alive and perky.

I didn’t know what to do. I wanted to save it or at least soothe it, to do something to make this less horrific as it felt. I took a wine bottle out of the recycling, filled it with filtered water, put my fatally injured tree into the bottle, and placed it on the table in the sunroom. Isn’t this what we do with things we cut down? With flowers and branches and other live things we bring in from outside? We put them in water, right? And display them somewhere so their beauty even in death might make us cheery and bright.

I sat down in my oversized chair and stared at my baby tree stuck in a bottle.

It was Robert. It had to have been Robert, a well-meaning but mentally disturbed boy-man with dark, crazy eyes who has for the past 6 years come by my house to bang hard on my front door and ask me if I want my lawn weed-wacked. “For $10,” he’ll say. “I think that’s a fair price, don’t you.”

I always say yes, even though he does a horrible job. I say yes because I know he needs the $10 and I need my poor-excuse-of-a-lawn cut back. (It’s not lawn, really. It’s just wild weedy growth that shoots up out of the ground in tufts. It’s only resemblance to lawn is the fact it’s green.) I’m always careful to show Robert the plants he needs to avoid and not accidentally whack to death. Like the young lilacs and of course, my baby Japanese Maple. I need to remind him every time because Robert never remembers, and even when I point out the maple tree and the lilacs, he doesn’t really see them.

The last time he was here, which was 4-5 weeks ago, we put a big red brick in front of the baby maple so he’d be sure to see it and not shred it to pieces with one careless backswing of his weed wacker.

Robert, I have always felt, is harmless. Despite his paranoid tendencies, fits of temper and rock-solid belief that we’re all being poisoned by aliens who are using cell towers to control our minds, ruin our water and take over the earth. Short, big-bellied, and always a bit stooped over, Robert will stomp about my yard, complaining loudly about his boss “that bitch” at the Broadway Diner or shake his head and say “What’s wrong with people” if he sees a car parked too far from the curb.

He can get angry, for sure. But he’s never taken his anger out on me.

I know Robert killed my tree. He didn’t kill it with a weed wacker but with one swift cut of his pocket knife. He killed it because he was mad at me.

He killed it because of Rosco.

Rosco is a tall weed of a fellow who helps me clean up my front and back yard every spring and every fall. Only 39-years old, Rosco can, at times, actually most of the time, have the grumpy disposition of an 89-year old man plagued by gout and a lifetime of disappointment. He shows up at my house with his Eeyore expression, complaining and grimacing, his resistance to doing any kind of work dripping off of him like rain in a summer storm. Yet once he starts in, pulling weeds from the flower beds, trimming back the sycamores, raking up a winter’s worth of peanut shells left by the squirrels I feed every morning, he’s as diligent and happy as a bee in a sunflower.

And when he’s done, I’m always stunned by how immaculate and beautifully manicured my tiny postage stamp of a back yard is, how it seems to shine with an invisible glow. The glow of something that’s been loved and well cared for.

Two days before my tree was murdered, Rosco had been here to do his annual spring clean up and, as always, did a first-class job including cutting my scraggly lawn down to a clean quarter of an inch.

This is what I believe happened.

Robert rode by my house on his fat-tired bike and saw that my grass had been cut, that I’d given his job to someone else, and he got pissed. More pissed than usual. Because Robert’s been more pissed than usual lately because of Covid and social distancing and all the mask-wearing. And because he’s losing customers. He told me so the last time he was here.

I imagine his anger got more and more amped up as the day went on until it turned to a kind of craziness that needed take revenge on the world. I imagine he rode over to my house in the middle of the night and purposefully and maliciously cut down my Japanese Maple. Because he knew how much it meant to me. He was the only one beside Rosco who knew how much the destruction of this tree would hurt me.

And Robert needed to hurt someone.

This is the only story, the only explanation I could come up with. The only story that made sense of this senselessness.

Sitting in my chair, staring at my severed tree in its wine bottle casket, its thread-thin arms and fragile leaves still so vivid and sprightly, I knew this was all so wrong. Just wrong. This tree shouldn’t be dead. And it certainly shouldn’t be inside creating a shadowy silhouette against a painted wall.

As my mind ached in its search for an explanation, for a plan of action, for a way to make it right again, my heart fell into a wide-mouthed well of grief so deep it threatened to swallow me whole.

I cried for the loss of my country, this country which I’ve loved and believed in. A country I don’t recognize anymore. I cried for my loss of faith in humankind and my loss of love for my own species that has proven to be so stupid, self-righteous, and soulless that it mistakes pure evil as political salvation.

My face wet, red and swollen, I stood up, walked over to my baby tree, so small, really, so very small, and gently took her out of the bottle. I remembered what my friend Regina had taught me only weeks ago. That everything wild and alive should be allowed to die and decay where it once lived. This baby tree of mine had only known life in the nestle of ground cover and the direct light of the sun. Its company has always been those two sycamore trees and the gang of plants underneath. What did it know of plaster, wine bottles and tables?

I gently took her out of the wine bottle and carried her back to the scene of the crime. I laid her down in front of her tiny twig-like trunk. I placed the red brick, once her protector, as her tombstone. She would now be able to do her death dance in her own way. Her starfish leaves would dry up and sink back into the earth that had once given her a place to grow. 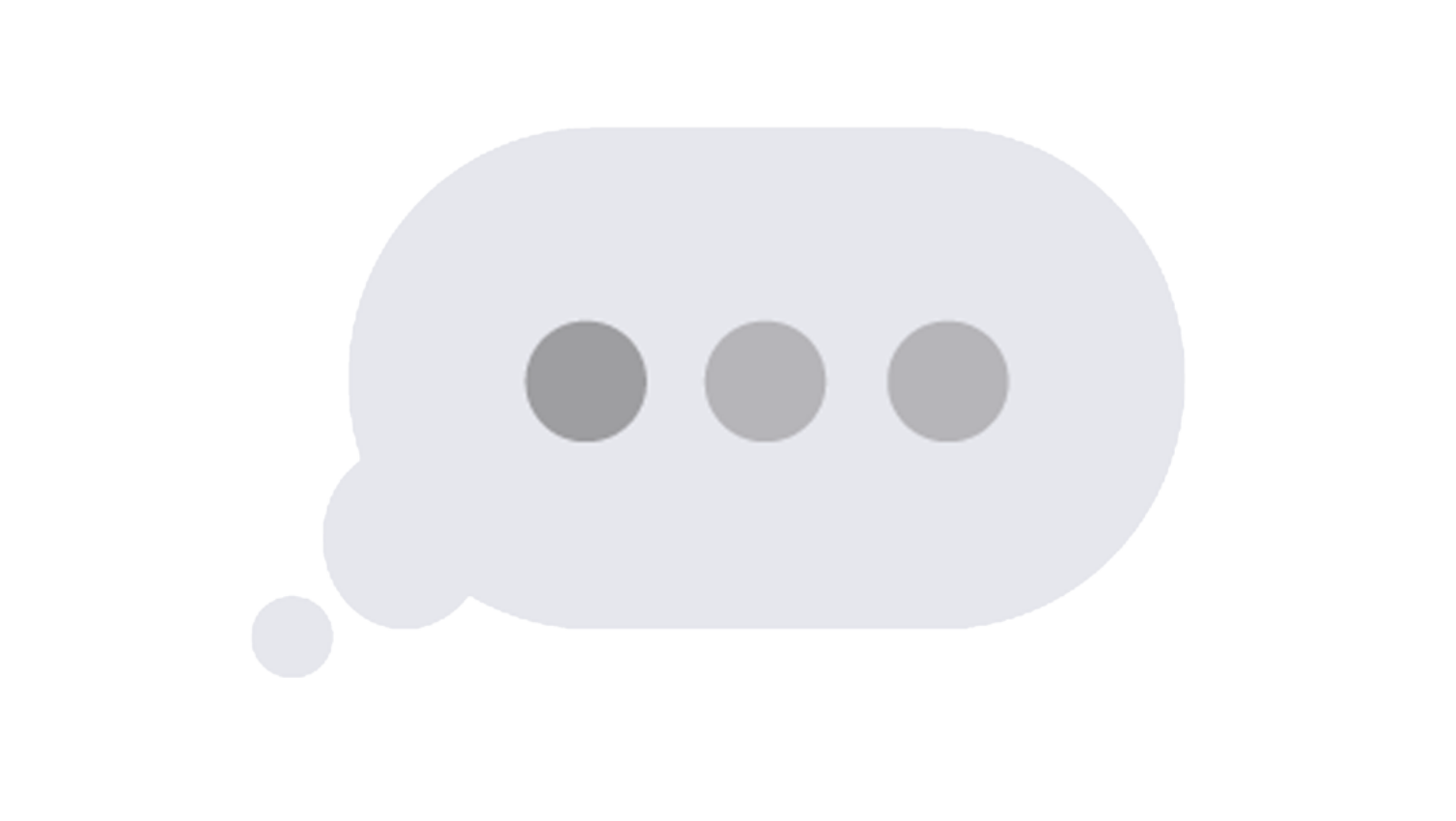 Here it comes.
The beguiling dance of little balls cresting and falling
On the bottom of the screen
Warning me… his slingshot is pulled back.
His next best shot soon to be hurled my way.

There it is!
A funny jab, a sarcastic boast, a dreadful pun
That clears the court for me to hit back with skill and speed.
A clever parlay, a razor-sharp line, served by me, his well-matched opponent,
His sly playmate who can, with a flick and florish,
Deliver the climax to his crescendo.

But I got nothing.
I stare down at my phone,
My hands sweaty and numb,
My mind twitchy with fear,
A panic pounding in my ears.

Desperation scurries through my brain,
Like a hungry rodent, sniffing the attic floorboards,
Searching for that tiny crumble of over-ripe cheese,
Only to end up paralyzed and panting in the corner.

I’ve lost my game.
Or am I just out of practice?
We used to volley back and forth like this for hours
Late at night,
Like two pros playing for the pure pleasure of the game.
Each on our edge, each gunning to outplay the other.

His texts, short, curt, and spiked with sarcasm.
Mine, staccato and smart, served with a sharp-edged spin.
I’d toss one over and grin, knowing the point was mine,
Knowing he was done for,
Knowing his only response would be a sad emoji or LOL.

But now my quick-witted well is dry.
My brain, a broken metronome,
My funny, forced and frail,
My wit so dull it couldn’t cut cream.

Perhaps I’ve grown weary of this game,
The endless bouncing, bouncing bouncing
Off of hard surfaces.
This monotony of morse code messages
That confess nothing, invite nothing,
And say even less.

Here comes another one.
I watch the cartoon balls rise and fall, then
Swoosh! He serves up a two-word slice of the sardonic.
I lunge at it, my eyes shut, my hands tight,
my synapses flailing like wind-ripped flags.
I see my words arch in the imaginary air,
And dread their destiny as they fall flat and four feet out of bounds.